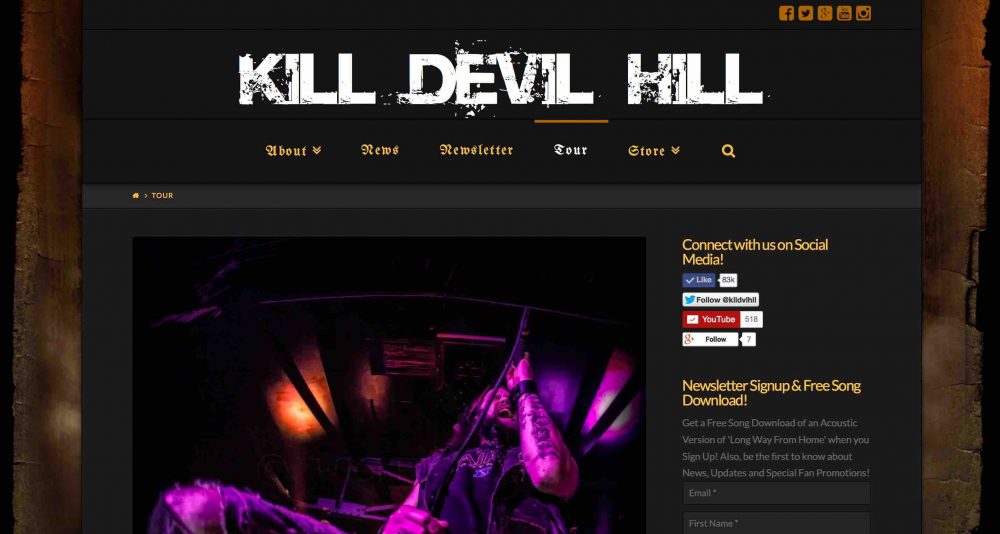 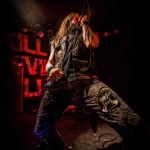 Dewey Bragg’s unique vocal style combines his powerful scream with an amazing sense of melody. Dewey is truly a force to be reckoned with, fronting the band with powerful conviction.

Starting at an early age he honed his vocal chops singing with numerous bands. During that time he mastered the art of entertaining an audience. Dewey recorded vocals on Pissing Razors’ “Where We Come From” in 2001, which was released on Spitfire Records.

One of the best kept secrets in the genre, Dewey is ready and able to kick ass on a whole new level.

One of the baddest metal bassists around, he is most famous as the longtime bassist for the Grammy nominated, platinum selling band Pantera. He provided the bottom end thunder that was the signature of the band both live and on record. Since the 1990 release of Pantera’s “Cowboys From Hell”, Rex Brown has had a hand in multiple gold, platinum and #1 records. Aside from headlining world tours spanning over a decade, Pantera has shared the stage with the likes of Kiss, Judas Priest and Black Sabbath.

In 2002 Rex joined Down for the release of Down II, and subsequent U.S. tours, which included headlining the second stage of Ozzfest. In 2003 Rex joined Crowbar in the studio to record and help produce “Lifesblood for the Downtrodden”. Rex joined Down in the studio in 2006 and recorded bass guitar on DOWN III. The release of Down III was preceded by a tour with Heaven & Hell and Megadeth. To further support their album, Down headlined a tour starting at the end of September 2007. 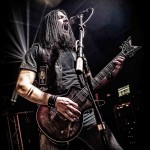 After appearing in Guitar Player magazine’s “Spotlight” column and receiving national acclaim for his unique style and approach, Mark recorded a CD with the band Scream Parade for Shrapnel Records in the early nineties. He then joined forces with 2 close friends to form JRZ System, a funk meets hard rock instrumental band that recorded 3 CDs.

He went on to record and tour with vocalist Stephen Pearcy of Ratt, and later was asked to play several dates as a guitarist for Ratt. Mark was also the guitarist and principal songwriter for LA-based hard rock band 40 Cycle Hum, which recorded 2 CDs. He later performed with metal band WWIII featuring Mandy Lion, a band which also featured Vinny Appice and Jimmy Bain.

Mark is now dedicating all his talent and energy to Kill Devil Hill. 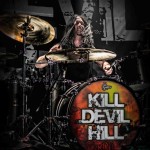 Johnny Kelly is best known for his work with the gothic metal band Type O Negative from Brooklyn, New York. He joined Type O Negative in 1994 to replace Sal Abruscato. He had previously been the band’s drum tech.

Johnny met Rex years ago when Type O Negative toured with Pantera on The Far Beyond Driven Tour, and they have been friends ever since. Johnny and Mark met while playing Hollywood jam sessions at the now defunct Cat Club next to the Whisky on the Sunset Strip.

Johnny’s powerful, straight-ahead style is a great fit for Kill Devil Hill, and combines flawlessly with Rex to form the backbone of the bands brutal rhythm section.