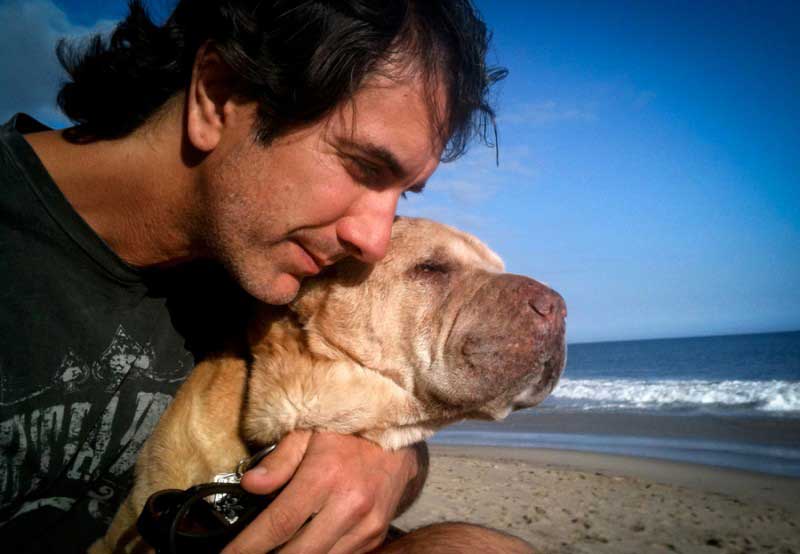 Robert Cabral stumbled into dog training through his rescue work with some very “troubled dogs.”  At the advice of his veterinarian he began taking on private dog training clients.

It is immediately evident that Robert loves dogs, but most importantly, he understands them.  In fact, when he’s not training dogs, he spends most of his time saving them through his work with Bound Angels.

Robert’s approach to training is focused on understanding the dog and developing a relationship and training regime from there.  His expertise includes every aspect of dog training including rehabilitating aggressive dogs, working with obedience dogs, protection dogs and companion dogs.

Unlike conventional pet-dog trainers Robert’s knowledge of most every breed, temperament and behavioral challenge gives him a broader understanding of what may be troubling your dog.  He has handled thousands of dogs including dogs that owners, trainers and behaviorists gave up on.  In particular the dogs doomed at local and national animal shelters.  Robert continuously teaches, lectures and writes on various aspects of canine behavior.

Robert is very active in rescue and donates much of his time and resources to building a better world for animals.  Through his work with  Bound Angels he educates shelters, humane societies, SPCAs and rescues nationwide on canine behavior, proper temperament evaluations and dog training as well as marketing dogs for adoptions.

Robert ability to clearly communicate with dogs and teach through a motivational / fair method  has given him the rare opportunity to title in the top three dog obedience sports:  IPO / Schutzhund, AKC and Mondio Ring.

His philosophy on training dogs is very unique; it’s less about discipline and more about understanding the dog and developing  a relationship.   As a strategist, Robert’s first lesson is to build a relationship with your dog, then to implement training techniques that are fair and clear.  The Black Belt Dog Training techniques are easy for any dog to understand and practical to apply.  Robert’s ability to teach is surpassed only by his understanding of that which troubles the dog and then bridging the gap between human and canine.

Robert is the author of two books Selling Used Dogs and Desperate Dogs – Determined Measures.  Both of these books are in use at countless municipal animal shelters and rescue organizations throughout the US and beyond.  The lifesaving instruction in these books save countless lives each and every day.

Robert has appeared in magazines, newspapers and on local and national TV and radio shows speaking about his philosophy and methods of dog training, animal shelters and animal rights.  He is a member in good standing of:

Robert is the founder of: